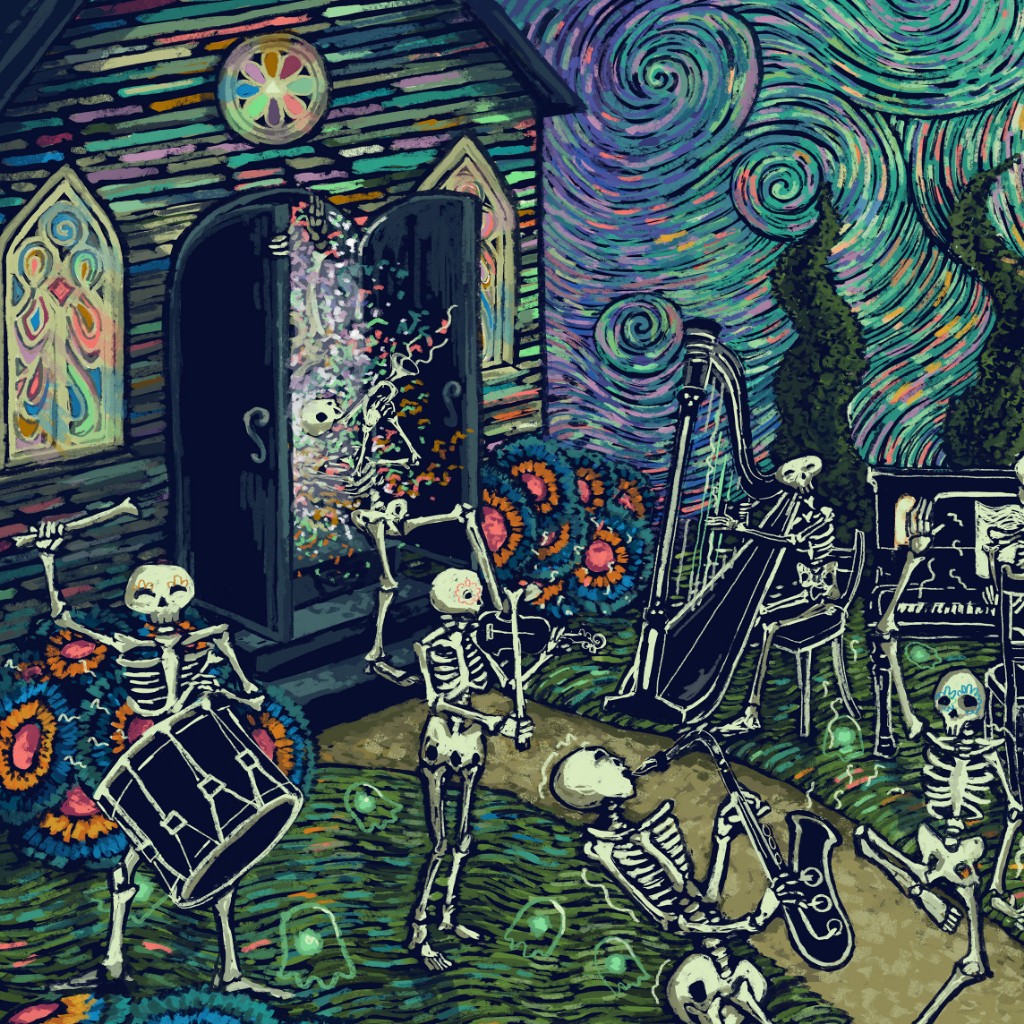 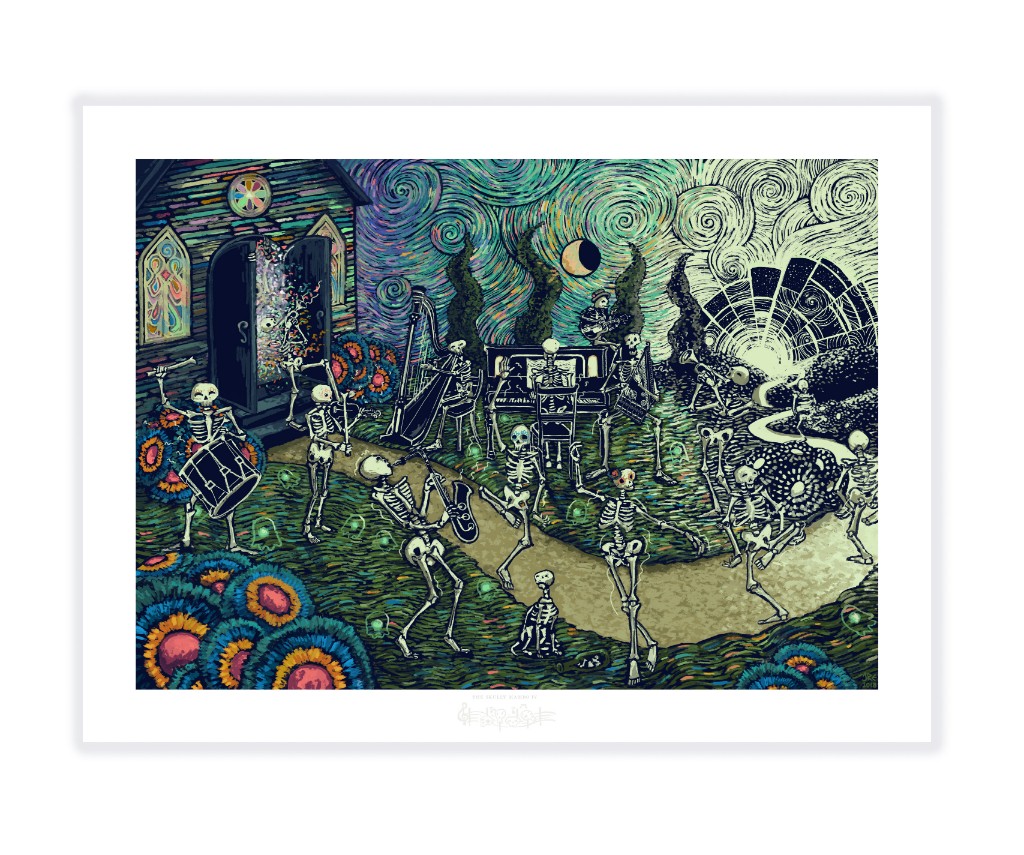 It's baaaack! The Skully Mambo is returning this year for it's fourth iteration and this time the Skully Orchestra is playing their song on the front lawn. The Skully Mambo 4 will be a timed edition print available next week.

"The Skully Mambo 4" is an 18" x 24" high quality giclee print on archival paper. Prints are hand signed and numbered in a limited edition; the edition size will be determined after the sale period ends. Skully Mambo 4 will cost $75 and will be available as a Timed Edition from October 17th at 3PM Pacific time until October 21st at 3PM Pacific Time.

....But there will also be a drop exclusive to newsletter subscribers the day before. 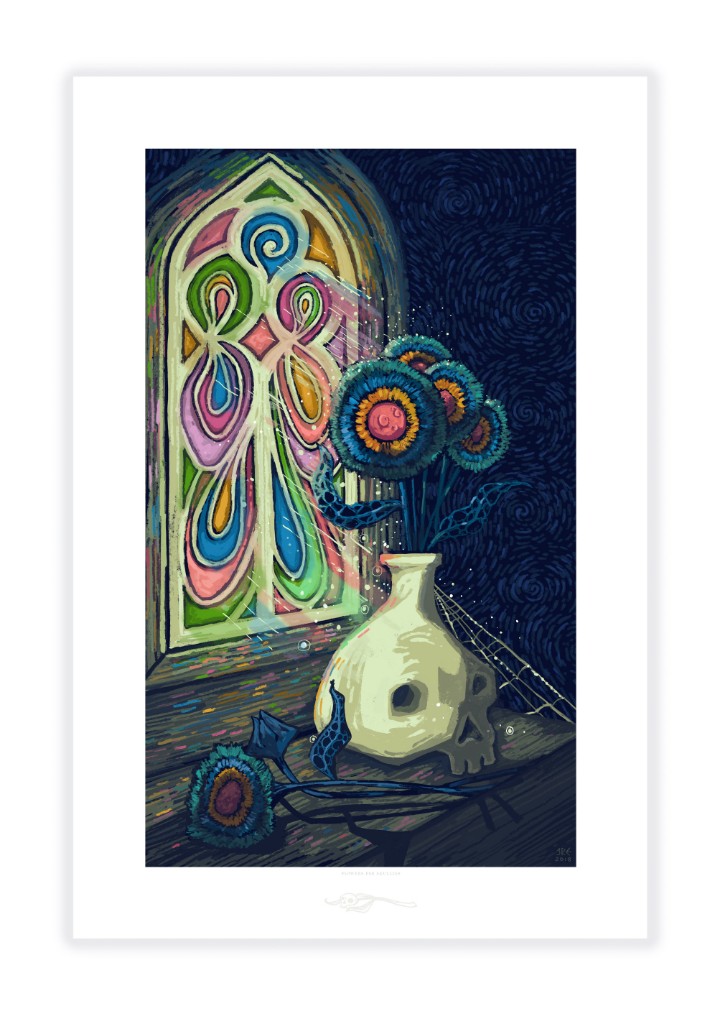 On Tuesday, October 16th, the day before the Skully Mambo timed edition, two other limited edition prints will drop. The first is "Flowers for Skullies" a 12" x 18" giclee print, hand signed and numbered in a limited edition of 50. These prints will cost $50. 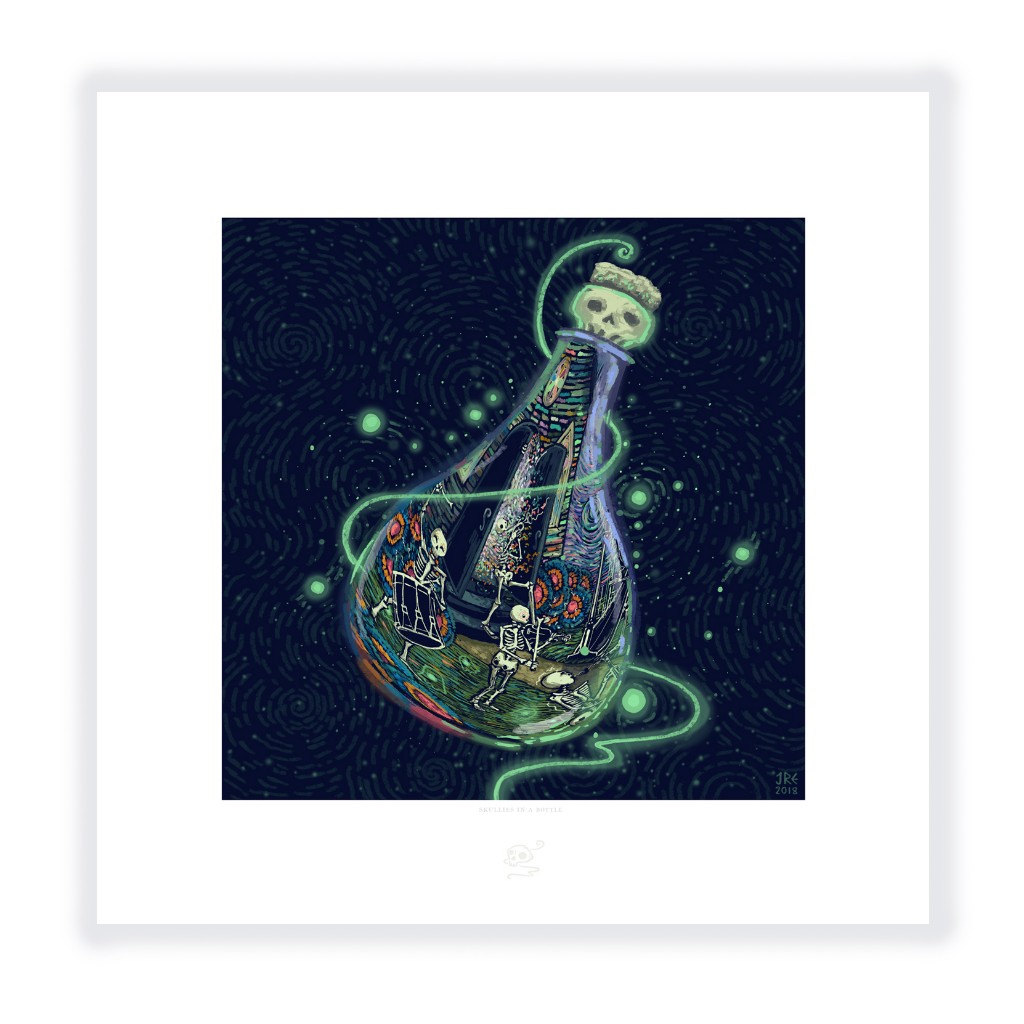 These prints will drop at 3PM on Tuesday October 16th here.  This release will only be announced to newsletter subscribers so please don't share the link!

During the early newsletter exclusive release on Tuesday, The Skully Mambo 4 will be available for a short period of time. So you will be able to order a print before it is publicly released which will get you a lower edition number.

Afterwards, the Skully Mambo 4 will be a timed edition print open to the public from October 17th at 3PM until October 21st at 3PM. Once the sale period ends the edition size will be determined.

We're planning on getting these prints shipped out the following week, so for those in the U.S. you should get your skully prints before Halloween!

All the best,
James