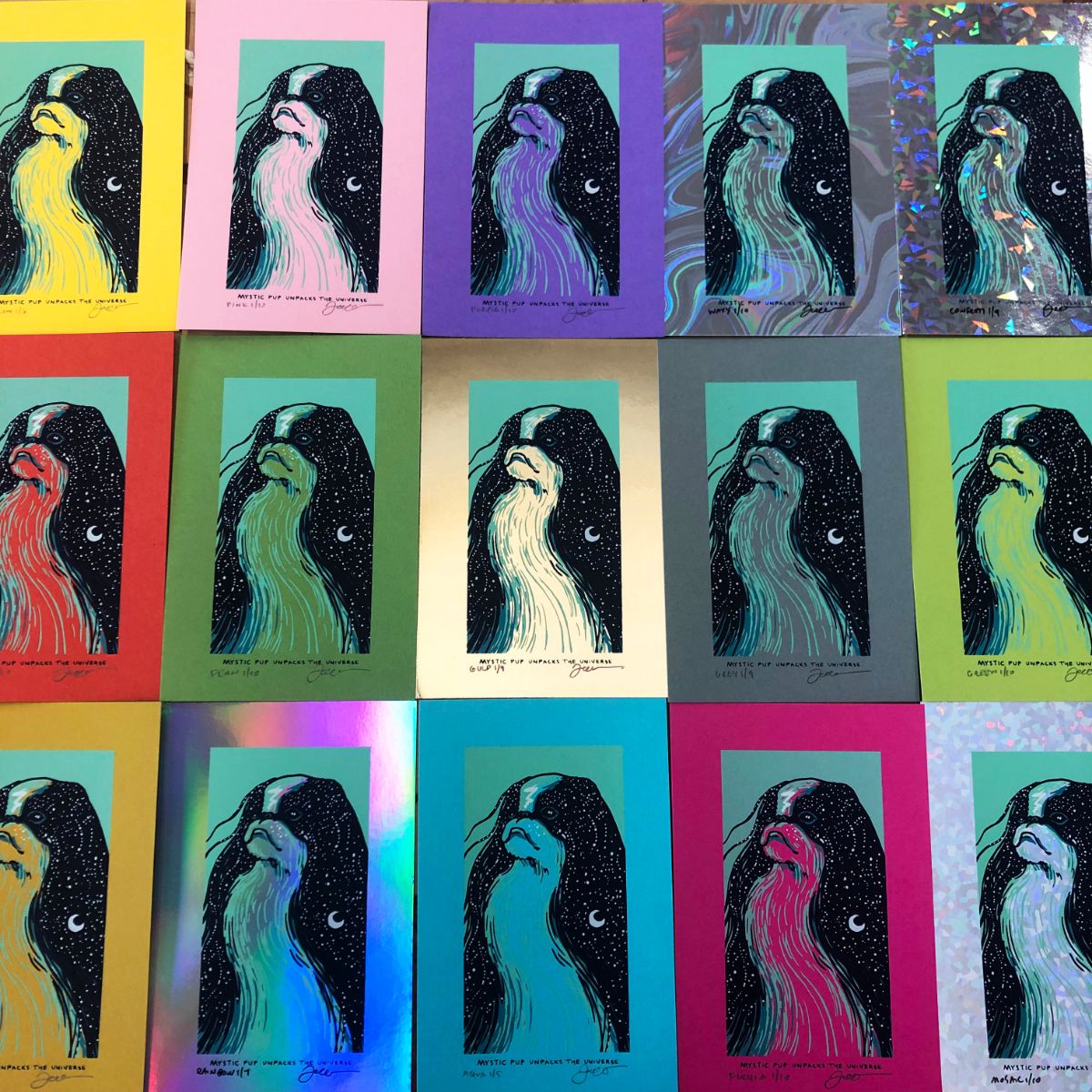 From the desk of the Mystic Cat,
In the shadow of the moon
over the valley of the sun


To whom it may concern,

I'm thrilled to introduce my new friend-- the Mystic Pup. Our adventure is the fourth installment of of the Mystic series which is dropping in my shop, the Mystic Cache, on January 28th at 3PM PST.

As with the first three sets, this set includes three different four color screenprints. There are 18 different colorways that the Mystic Cat is printed on, each is signed and numbered in editions of 10 or less. Some colors are rarer than others. There are even a few hand painted prints in this edition. Could you be so lucky!

Mystic Cat Meets Mystic Pup is about the friends that we've met and have yet to meet. Pup is the unexpected companion that balances our inner feline. Initially hesitant to befriend such a gregarious character, it took some warming up to get used to new company. However, sometimes the most unlikely characters can help us open our eyes and gain a new perspective on the world. Together we all have the potential to unpack the universe.

If you are collecting a specific color, may I recommend that you head over to the Mystic Cat Trading Post. 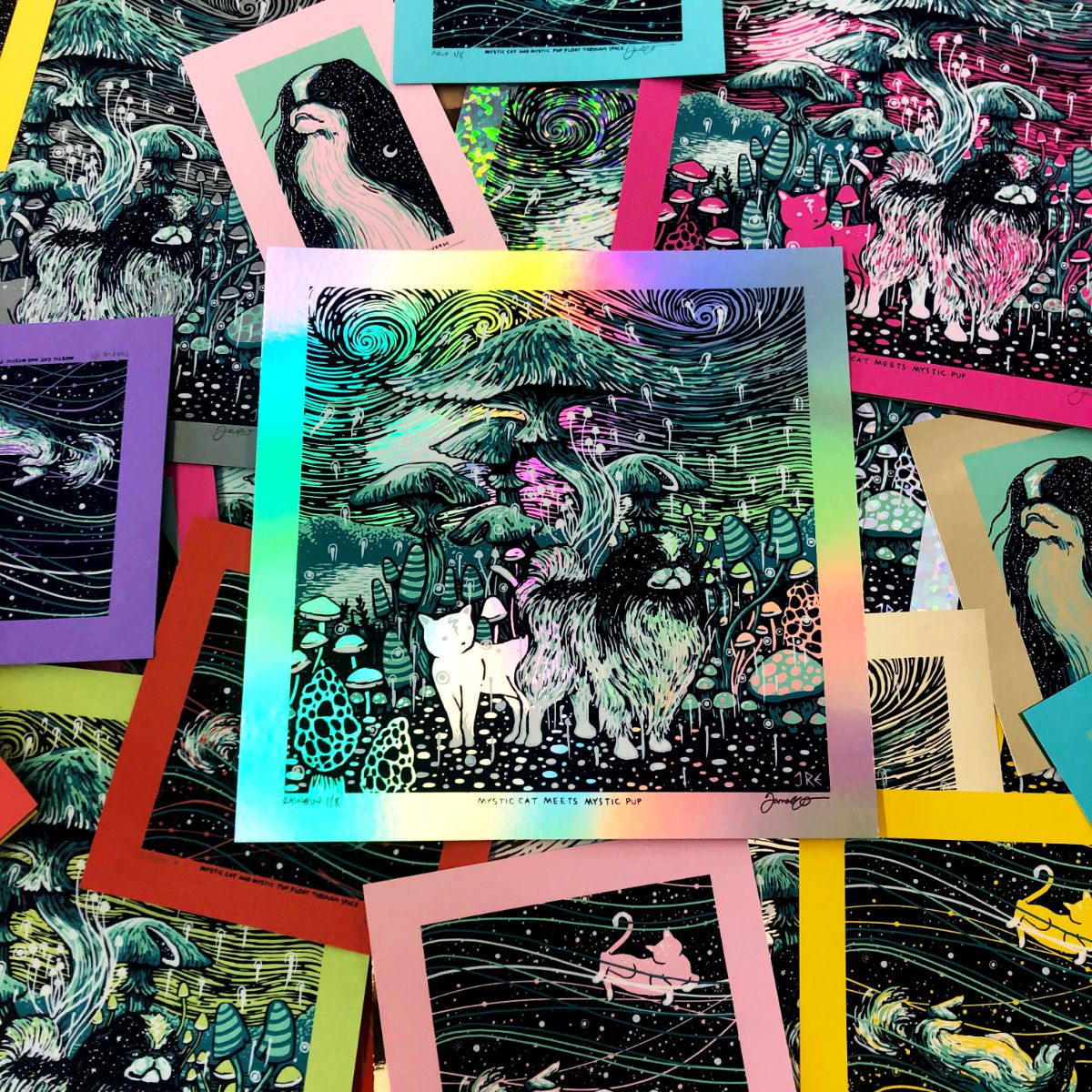